Growing up, I was convinced I’d write the next Great Indian Novel. Every teacher I’ve ever met told me that I would. Friends whom I narrated stories to suggested it. Even strangers who read things I wrote in passing chimed in!

As a cocky teenager, I would sneer at popular novels, convinced I could best their efforts. I had always been told I was well above average, after all. (Psst: I wholeheartedly agreed). I believed what truly set me apart was the diligence with which I re-crafted pieces, the sheer amount of energy I put into making sure anything I wrote was as good as I could possibly make it. Add raw talent to that, and you got magic. I knew I’d nailed the rare balance of humility and skill.

Obviously, I wasn’t artsy-fartsy enough to survive on passion alone. I decided I’d take a day job to pay the bills, and write my magnum opus on the side. And if I was taking a job anyway, it may as well be a high paying one. But high paying jobs need you to justify the exorbitant salary they pay, don’t they? If you have a conscience, anyway, or take personal pride in delivering nothing but your best. Ah well, what was the hurry, I’d earn enough to take a year off, and then I’d write.

Most people who spin this kind of narrative in their head look back on their deathbeds and regret that they never made it off the treadmill once they got on. I am not most people (as I’d well know… I’ve heard this all my life!) 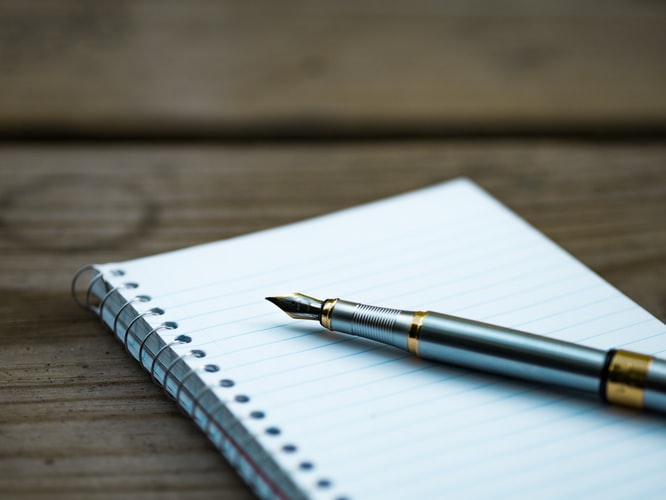 Six years into working non-stop, I took a deep breath and stepped away from the corporate scene. I was in Canada, with access to free libraries and co-working spaces. I had no children, no responsibilities, not even a husband who needed his meals made or the house cleaned. I had savings in the bank, a resume that could land me a job whenever I chose, and zero excuses. This was it! My chance to live up to my potential.

I already had pages of plot lines saved up. I plugged in my laptop, and started typing away furiously. I produced pages, paragraphs, stories. They were meticulously edited, and had decent structure. But were they worth the wait, the hype, the sheer build-up? Could I really show them to people?

It wasn’t enough to just be better than so-and-so author-with-a-joke-of-an-editor. I needed to produce my best work before I could share it. Every word in every sentence had to be a perfectly plucked pearl before I could justify letting it out into the world with my name attached to it.

I’d think about this teacher reading it, or that family member. What I turned out had to live up to the potential they’d always seen in me, or what was the point? I couldn’t just write chick lit or a comedy, it had to be a piece full of gravitas and pathos, rich vocabulary that was nonetheless accessible, something relatable but literary… three months and as many discarded drafts in, I realized I was never going to write anything good.

I spent more energy thinking how something may be read than in actually writing it. I missed the predictability of the corporate space, where things were black and white; where I knew how to smash expectations out of the park. This space, needing me to put my words out there, was too fraught with grays. It needed me to be vulnerable, to potentially challenge and break the way people had seen me, and how I’d seen myself. I wasn’t sure my ego could handle it. I was at once defensive and insecure.

I decided I would rather control the narrative and write pieces that I knew would be gems. It’s easy to sound like a genius when you put out 2,200 characters once in 3 months. Every word in a piece really can be carefully considered then. But to write, with wild abandon, a longer piece, means opening yourself up to some mundane paragraphs creeping in. It means committing to writing daily, rather than only when inspiration hits you over the head like a sledgehammer. It means changing the narrative that you’re extraordinary, and accepting the fact that you’re a human who’s a work in progress. So why do it? Perhaps because it also means trying, rather than giving up before you even start.

The husband has his own reasons for not writing daily, though, when we met, he had a flourishing blog too. But as we sat and listened to our daughter tell us how she wanted to write a library full of books, we knew that she may never get started unless we did too. That brings us to where we are now. We have committed to writing a blog post a day as a family (well, G is 5, so she’s writing a novella a week… the optimism of youth!). We’ve also decided that as mediocre as some of these posts may be, they will be published, to show our daughter that we can rise above the narratives in our head and value effort as much as output.

I know I’ve procrastinated on a lot of posts in the past. If you’ve ever asked me to write about something, could you please remind me with a comment or DM? Writing a post a day, I’m sure I’ll get to it! Meanwhile, this week, I’d like to write about the narratives we unwittingly spin which keep people from being all they can.

7 thoughts on “The Weight of Being ‘Good’”